Don't blame me, I voted for the other guy. (Politics General)

Generals » Don't blame me, I voted for the other guy. (Politics General) Search Posts
Started by Archonix
Posted 4 years ago
120714 replies
Subscribe 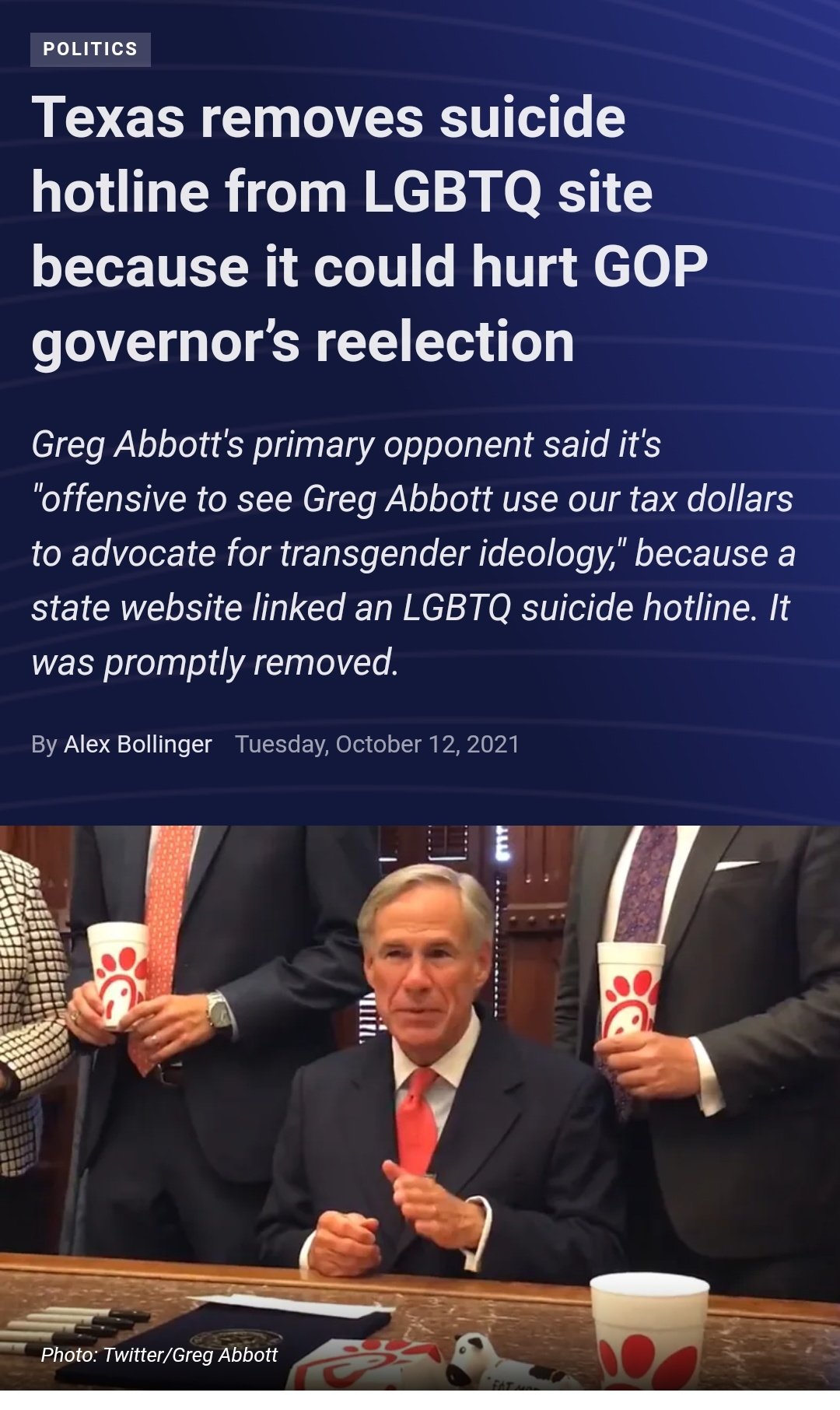 Abbott should just come forward and admit his intentions on being the Dictator of Texas. 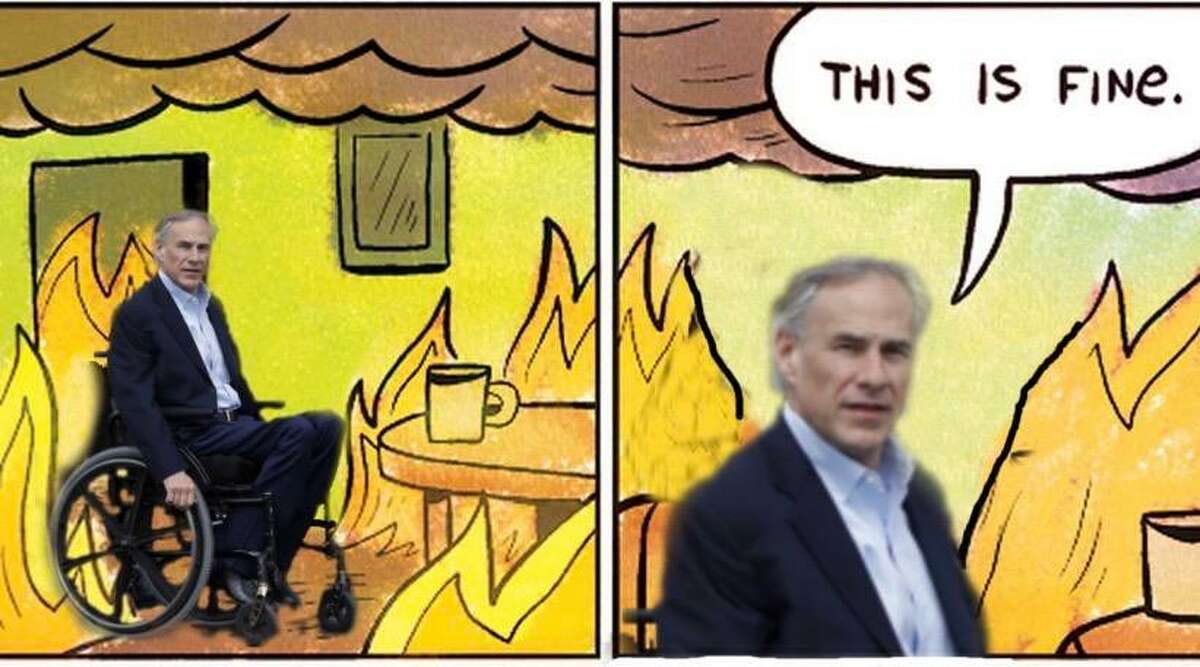 Gallusposting since 2019
Do you consider 4chan memes to be fascist?
I was asking that because one picture of Hitch with glowing red eyes that I posted is considered “fascist” by the angry mods of r/MLPlounge on Reddit. I apologised to the mods and told them I will not upload any 4chan memes anymore.
I also told them that I did not realise that it was offensive to them, but I’m worried that they might assume that I’m a troll or some “if it walks like a duck” Nazi - even though I hate Nazism and fascism. I think this angry attitude could be formed by being surrounded by murderous racists.
Posted 12 days ago Report
Edited 12 days ago
Link Quote Reply

Zipp is g5 BP
@HorsesandMuchMOAR
First: 4chan isn’t a singular place or community, hence the joke “the hacker known as 4chan.” It’s a collection of communities with a shared ethos, meaning that anything coming out of there can’t really be ascribed to the entire site. I frequent /tv/, /sci/, and /his/ for example, and very few people would consider Baneposting, Feynmanposting, or >holy >roman >empire to be “fascist memes.”
Second: Even if we assume that said memes come from /pol/, and even if they’re something like “Hitler did nothing wrong” or “Tarrant did nothing wrong,” we could assume a fascist bent to said memes…but that wouldn’t be true for all instances or for all time. Look at things like Pepe, Apu, frenworld, and “based.” They were adopted wholesale by ironic and unironic fascists, yet I see their usage by people who very much aren’t fascists; unless you’re one of those people who think the likes of Shoe0nhead and Vaush are ‘cryptofascists.’
Posted 12 days ago Report
Link Quote Reply
Background Pony #B4B3
https://www.msn.com/en-us/news/politics/texas-house-approves-new-district-lines-that-protect-gop-majority-in-chamber/ar-AAPtaEO
In the dead of night, the Texas House passed gerrymandering legislation to further cement the dominance of wealthy whites over non-whites, and more importantly protects the GOP from the advances of Democrats made in the state.
Abbot and his crew of ghouls have been on a roll.
Posted 12 days ago Report
Link Quote Reply

Part-time Pizza Cat
The Biden administration announced plans to greatly expand offshore wind power in a move that is set to create almost 100,000 related jobs.
Meanwhile, Republicans, suddenly environmentalists, complained they worried about fish and birds.
Do you know what else affects fish and birds? Pollution and climate change.
Posted 12 days ago Report
Link Quote Reply

@Zincy
Slightly related but I just read about how Jimmy Carter installed solar panels at the White House during his presidency. And move explicitly done both as a gesture towards renewable energy, but also to keep the power bills down (bills that are paid by the tax payer, mind. Guy was also apparently known to keep the White House fairly cool in the winter and pretty hot in the summer for the same reason.)
Meanwhile Reagan made a big event over him taking the panels off the White House.
Posted 12 days ago Report
Link Quote Reply

Part-time Pizza Cat
@Dustcan
Reagan was the worst thing to ever happen to the US and I really wish the assassin had better aim.
Posted 12 days ago Report
Link Quote Reply

Monado User
@Zincy
Reagan was a bad president.
Hold on let me get my shock face.

CHS, Class of 20XX
@Zincy
I dunno, man. Bush takes over, enjoys Reagan’s popularity through the ’80s, and we might end up with President Pat Robertson, Pat Buchanan, or Donald Trump(!) in 1988.
Posted 12 days ago Report
Link Quote Reply

Part-time Pizza Cat
@Background Human
Is it bad that I think old Donny would have done less damage back then?
Trump came at possibly the worst time in history that he possibly could. Running a racist campaign after 8 years of a black president, at a pivotal point in the worlds fight against climate change, on the heels of America’s longest wars, and just in time for a global pandemic.
Posted 12 days ago Report
Edited 12 days ago
Link Quote Reply

Monado User
@Zincy
Trump ran at the wrong time.
True. But if he won at a better time when Reagan was President maybe. He wouldv’e done better. But now that we have had Trump for 4 years and comparing his legacy to other presidents including and not limited to himself. He would be one of the worst right now and forever.

Love and Laughter🕯
@Dustcan
Correct me if I’m wrong, but wasn’t Jimmy Carter one of those cases where he was a good president, but made one fatal mistake that sunk his reputation?
Posted 12 days ago Report
Link Quote Reply
Background Pony #5468
@Zincy
@igotnopicks
Might Hitler have been less horrible if he’d been in power sooner?
Or was his rise to power a symptom of the time he lived in, and he just happened to be the peg for the hole? Someone who at any other time in their own history would have just been a ridiculous clown-like crackpot over reacting to situations that no one else cared about?
Posted 12 days ago Report
Link Quote Reply

Love and Laughter🕯
@igotnopicks
Figured as much.
I think I learned about him near the end of Middle School, but that was close to a decade ago, and I’ve tried blocking out as much about that sweat-shop as I can.
The universe must’ve had it out for him.
Posted 12 days ago Report
Link Quote Reply

Part-time Pizza Cat
@Penguin Dragneel
Yea, the hostage crisis and that one speech fucked him.
Tbh, that speech of his, about self reliance and sacrifice for the greater good was a very good speech. It should have been quite the wakeup call.
If you want to see where the modern Qfucks get their attitude from, look at the reaction to Carter’s speech. The very notion of asking Americans to “sacrifice” for their country and for their countrymen was enough to sink a reelection. Because many Americans are entitled shitstains.
@Background Pony #5468
It’s hard to say what would have happened with Hitler. If he had risen to prominence when Germany was not in a massive depression, and had he not had the influence of his time in WWI, he may have been a different man.
No one is born evil, their situation and upbringing make them so.
Posted 12 days ago Report
Link Quote Reply

Monado User
@Zincy
Imagine if Hitler passed his art exam. Then we would live in different times.
Posted 12 days ago Report
Link Quote Reply
Background Pony #5468
@Zincy
It’s like we’re in the wrong timeline, but only by a couple of years and one or two tiny but utterly significant choices. ﾚα†ïη⊕
A combination of being scared shitless from having one testicle and a bunch of propaganda from Henry Ford.
Posted 12 days ago Report
Link Quote Reply

Part-time Pizza Cat
As fun as it is to speculate, it’s often impossible to predict what would have happened.
We like to think that without the horrors of WWII the world would be a utopia, but consider this.
Imagin a world where the US and USSR hadn’t ground down their fangs in Europe. Where a world population wasn’t tired of war and horrified at the idea of further fighting. Where the power of the atom bomb wasn’t made apparent for all the world to see.
The Cold War may have ended up replacing WWII, with possibly even more calamitous an outcome.
That’s the funny thing about continuity.
Posted 12 days ago Report
Link Quote Reply

Too bad the following president embodied the opposite of that speech.
In other words, f### Reagan.
Posted 12 days ago Report
Link Quote Reply
Interested in advertising on Derpibooru? Click here for information!